Columbia University, one of the most prestigious institutions of higher learning in the world is home to a distinguished Classics Department that includes a program in Hellenic Studies. Dr. Maria Hadjipolycarpou who teaches in that program recently talked with the National Herald.

You received your Bachelor degree in Modern Greek and Byzantine Studies from The University of Cyprus and your Ph.D. in Comparative Literature from the University of Michigan. How did you decide to make a huge transition to a completely different culture and how difficult had it been to pursue an academic career on the other side of the Atlantic?

As William G. T. Shedd (1820-1894) said, “A ship in the harbor is safe but this is not what ships are made for.” I like to challenge myself with new projects. Immigrating into a new country and transplanting myself in a new culture was definitely one of the most challenging things I did in my life. I am glad I did it, however, because it gave me new pairs of eyes through which to see the world. Isn’t this also what education is all about? To have the capacity to see the world beyond your own point of view? Another reason I decided to pursue this career was because at the University of Cyprus in my Modern Greek literature courses our professors made reference to such writers as Stendhal, Eliot, Pound, Chateaubriand, Byron, and such philosophers as Hegel, Heidegger, Nietzsche, Levinas, and many more. They used these references as an entry point to the study of the Greek writers. Those references gave rise to my curiosity to know more about Western philosophy and literature. This was the reason I found myself pursuing graduate studies initially at Purdue University, Indiana, and later at the University of Michigan. Modern Greek literature had a bizarre relationship with the Western literary establishment. I had to study further in order to fully grasp what was going on.

You are the Founder of “Mediterranean Topographies,” an interdisciplinary research group interested in the modern Mediterranean culture, literature, society, architecture, and history. Can you elaborate on that?

I wanted to study Greece and Cyprus as part of the Mediterranean geopolitical context within which the two countries happen to find themselves. For this reason with my colleague Dr. Amr Kamal, I founded Mediterranean Topographies (Meditopos). Meditopos offered a forum for scholars to discuss the shared histories of the Mediterranean people. Our discussions led us to realize, among others, the commonalities of Greeks, Arabs and Jews. The creation of Meditopos eventually led to the hiring of 4 tenure-track Professors in Jewish Studies, Spanish Studies, and History of Art.

What are your research and teaching interests?

MP.My research revolves around the Mediterranean with a specific focus on Greece and Cyprus. I am particularly interested in the ways communities and individuals in this region define their ethnic, national, religious and personal identity. Ι studied the autobiographies of such authors as Costas Montis, Niki Marangou, Rina Katselli, Nikos Kazantzakis, Michel Fais, Rhea Galanaki as well as autobiographies from the Arab and Jewish worlds. I am interested in the stories people tell of themselves in the public sphere.

In regard to teaching I love doing it. I am interested in keeping students engaged. Humor is also an important quality for a teacher to have. Making students laugh makes them pleasantly receptive to what they are learning and associate learning with happiness. I am interested in seeing my students succeed in areas that they are passionate about. I also like to see my students remain engaged with the community, to be aware of what is happening around them in terms of politics, culture, and society. In the Columbia Modern Greek program we initiated a collaboration with the United Nations Mission of Cyprus. Our students have the opportunity to intern with the UN which opens a window in the field of international relations

What are you currently working on?

MP.I am currently working on a book project on Autobiography in the Mediterranean. Greece and Cyprus are an

important component of this project. The title of my book in progress is Lives in Disguise: Autobiography in the Modern Mediterranean. It is a long and difficult project but I am hoping to find the peace of mind to finish it sooner rather than later. Writing a book, especially academic, is hard, particularly when one has to cope with the daily routine of teaching, keeping a household, etc. Our history and thought is traceable in the language we speak.”

How has Greek culture contributed to your success?

MP.There are so many facets to Greek culture: music, language, daily practices, domestic and public, celebrations, and so much more. I suffice to two things: Greek language helps me be a better critical thinker. Our history is traceable in the language we speak. Most important, Greek culture offers me a communal worldview that is different from what in the West is known as individualism. 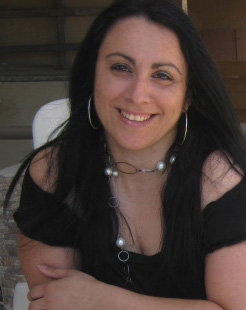