Why Are Prices Rising So Fast in Fashion Designer Accessories?

It’s easy to find a nice-looking pair of shoes for $40 these days, and even easier to find a trendy $40 dress. But while “fast fashion” prices are so light on the wallet they almost feel as though they’re going to disappear altogether, the cost of luxury goods continues to rise and rise, with no end in sight.

A nearly 60 percent price increase may seem excessive, but it’s typical in the luxury fashion category.

Ready-to-wear-dresses in the $10,000 and up range barely existed 10 years ago. Now they’re commonplace. In fact, popular luxury fashion e-commerce site Luisa Via Roma is currently selling a Fausto Puglisi embroidered tartan skirt for over $10,000 and a leather-and-bouclé Fendi dress for more than $13,000.

So what’s driving up the prices and how far can they go?

First, let’s consider the rough costs of producing a luxury product. Gross margins for luxury companies typically hover around 65 percent — that sounds like a lot, but it’s what shareholders now expect. It also means that a $3,500 bag costs roughly $1,225 to produce and bring to market, all the way from materials to sale. There are many steps along the way that contribute to the final price. There are the costs of raw materials, design, manufacturing and fulfillment. Then, at retail, there’s the cost of prime real estate and sales staff. And finally, there’s marketing: those glossy fashion adverts cost a pretty penny to produce, let alone to place. Over the past 10 years — and particularly since the end of the recession — many of these costs have increased dramatically.

Raw materials are more expensive and more scarce than ever before. And in the years since the global financial crisis, cotton prices have risen to previously unheard of levels. Both Louis Vuitton and Hermès have recently invested in Australian crocodile farms to ensure their supply of the expensive skin, while Kering, in March, acquired Normandy-based crocodile tannery France Croco for the same reasons.

Rising labour costs are a factor, too. The wages of private-sector workers in China (where many brands manufacture) increased by 14 percent in the last 2 years, according to China’s National Bureau of Statistics. Over the past 10 years, monthly average wages almost doubled in Asia, with an 18 percent increase in Africa, and 15 percent in Latin America and the Caribbean (also important manufacturing centres). And it’s not just emerging markets. In France, labour costs will, this year, reach their highest levels ever.

Perception and desirability play a huge role in the pricing game, too. The more expensive something is, the more exclusive and, therefore, desirable it becomes. Burberry, for instance, said as recently as March that it would raise prices to increase its appeal to the upper end of its customer base and attract new, wealthier customers.

For some brands, the anticipation of markdowns is another factor. Though a few luxury brands, like Hermès and Louis Vuitton, do not discount, it’s typical for most fashion retailers to mark down at least a portion of their product in order to efficiently clear inventory. One need look no further than the department stores and monobrand boutiques currently offering discounts of more than 70 percent on Spring product to see that customers can, with the requisite strategy and patience, easily buy a pair of $1,400 stilettos for a much more palatable $300.

But perhaps the most powerful driver of fast-rising luxury fashion prices is the fact that there are simply more people who are able to pay up.

Yes, the rich are getting richer. But is there a limit to what a sane person — billionaire or not — is willing to pay for a pair of shoes?

Girls, the question is, how high is high? 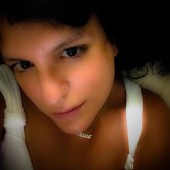