Celhia de Lavarene is a journalist by trade and a humanitarian worker by conviction.

For nearly two decades, she has worked as a UN correspondent for JeuneAfrique and for the RFI (Radio France Internationale). She has interspersed her journalism with service on seven UN missions in places as diverse as Cambodia, South Africa, Eastern Slavonia, East Timor, Bosnia and Herzegovina as well as Liberia.

In 2001, the head of the UN Peacekeeping Mission in Bosnia, Jacques Paul Klein, hired Celhia to fight the sex slave trade. This trade was, and still is currently, rife in the Balkan region.

She created the Special Trafficking Operations Program, also known as S.T.O.P., and built a unit of 250 local and international police officers. It was the first-ever such operation by the UN.

S.T.O.P. identified more than 3000 victims, most of them from Eastern Europe, and was able to rescue about 300 of them. The program shut down hundreds of bars and clubs used in the trade and provided victims with counseling.

Celia is a real fighter. Although her life has been threatened several times by the mafia she never got scared. On the contrary, she expected this conflict and strongly believed that it was part of the fight against human trafficking.

She wrote a book about her experiences fighting human trafficking titled “Un Visa pour L’enfer” (A Visa To Hell).
She wrote the book after a promise she made to a very young Moroccan girl who her team and herself found in a brothel. She was only 15 years old and had been forced into prostitution. She had been beaten up and raped by a UN representative.
When Celhia saw that nobody believed the girl, she told her that she was going to write her story. Nevertheless, the book is not entirely about the girl but more about what goes on “behind closed doors” of UN missions.

1. In 2007 you set up a non -governmental organization under the name “Stop Trafficking of People” (STOP) which is for human trafficking, intended to be as important as “Doctors without Borders” is for health care. How difficult has it been for you to establish and promote this organization? How can the victims be helped by it?

From the very beginning, it has been difficult to get people’s attention to such a difficult subject. (I was even told that human trafficking for sexual exploitation is not glamorous enough to attract people’s attention! I remember meeting with Head of the Office combating human trafficking at the State Department a few days after he got nominated, years ago. He did not seem to be interested by my organization although the French ambassador had asked him to help me. If people listened to me, they did not provide any of the help they said they would provide me with. I’m still fighting to get funding to open a Rescue center in Haiti, for children who have been used as sex slaves.

As you might have seen on our website, we intended to open Rescue Centers in countries were the young girls have been brought and sold as sex slaves, and to open Rehabilitation centers in their country of origin. We wanted to make sure that victims were safe before being reunited with their family.

2. How did you make sure that the victims were safe before being united with their families?

They were brought in safe houses where they were taking care of and we were spending a lot of time with them, trying to tell them that they did not do anything wrong and trying to re-build their confidence.

3. In 2001 the head of the UN mission in war-torn Bosnia and Herzegovina appointed you to create and run the UN’s first-ever operation to combat human trafficking. What has been your first response to this challenge and what kind of difficulties have you faced?

My first response was to get as many as 205 police officers (55 UN police officers and 150 local) and to cover the 9 regions. During my assessment of the situation, I discovered that around 300 nightclubs –most of them situated in the middle of nowhere- had young girls forced into prostitution. Most of them were coming from Ukraine, Romania and Moldova. We organized raids to free the victims, put them in safe places and organized their repatriation, once they got their documents –most of them had no passport. We took care of them, talked to them, respect them. The difficulties we faced were with the local police who did not understand, at first, that they were victims and considered them as guilty. We also faced problems with the UNHQ who did not understand that some of the peacekeepers were customers.

4. For over two years in Bosnia you have lead a contingent of more than 200 international and local police officers based in 9 regional offices, and the program raided 240 premises, closed 142, and rescued 265 victims. Have you ever felt that your own safety was jeopardized, and if the answer is yes, under which circumstances?

Sometime I did especially when the mafia tried to attack me. I had to be protected. But I’m still alive; therefore there is not much to say.

Somebody first came into my apartment and went through everything. Nothing was stolen but my passport was left on my bed open to let me know that they have been there. Few days later, I was attacked in the street and my purse was stolen. That was the only day I did not want to have some of my police officers with me. Usually, I was never alone. That day the weather was beautiful and I decided to get a stroll in the city. Fortunately, although I was left with nothing, I was not hurt. After that incident, I always had people with me.
In Liberia, we got some information that one of the brothel’s owner had paid somebody to kill me. Obviously this didn’t work.

6. You have worked on seven UN missions in places as diverse as Cambodia, South Africa, Eastern Slavonia and East Timor and for nearly two decades you have worked as a correspondent for JeuneAfrique and Radio France Internationale, reporting from the United Nations. Has being a journalist been a choice or your way of life? Has your profession affected your personal life?

I always wanted to be a journalist. I love words. I’m curious so it was the perfect job for me. Why would my profession affect my personal life? On the contrary. When I was asked to create a program to fight human trafficking, the fact that I had a journalist background helped me a lot. I was able to see what others did not.

7. How do you think that activism against human trafficking has been exercised by other social organizations and/or other independent individuals?

I can’t answer to your question. You should ask them better than me. I can only answer about STOP.

8. You wrote a book about your experiences fighting trafficking with the title “Un Visa Pour L’enfer (A Visa To Hell)

which was published in France in 2006 and in Brazil in 2008. The French film rights have been sold and a movie adaptation of the book is due to start filming in 2010. Can you give some more information about it?

I wrote the book after a promise I made to a very young Moroccan girl that my team and myself found in a brothel. She was only 15 years old and has been forced into prostitution. Her fist customer was a UN civilian Yemenite guy who had paid $ 300 to have sex with her. She was a virgin and begged him to take her to the UN –he was using a UN car-. He beat her up and raped her. We send a report to the UNHQ who preferred to believe what he said “She was a prostitute and probably complain because he did not pay her enough”. The guy was transferred to Lebanon. When I saw that nobody believed her, I told her that I was going to write her story. The book is not entirely about her. It’s more about the “behind the close door” of a UN mission.

9. You currently live in New York. How would you describe an ordinary day of yours?

Every morning, I go to my office. I just finished another book therefore I’m busy doing the editing. I also cover the UN. I’m pretty busy.

10. You provided regular briefings to senior officials of the U.S. Department of State. You have addressed numerous international conferences on sex trafficking in Vienna, Bucharest, Brussels, Geneva, Istanbul, London, Paris and Cyprus and you have appeared on CNN, the BBC, Sky News, France 2, and ZDF. Also, your work has been covered in several international publications. What was the outcome of this activity and coverage?

I’m not sure it helped my organization –I mean the fact that I attended so many conferences. As for my work as a press correspondent, I guess it’s my job. I write. Not much to say.

11. What kind of advice would you give to a victim of sex trafficking?

I would say: nothing was your fault. You’re not responsible for what had happened to you. You are a beautiful human being. Let’s make sure that the world knows it. 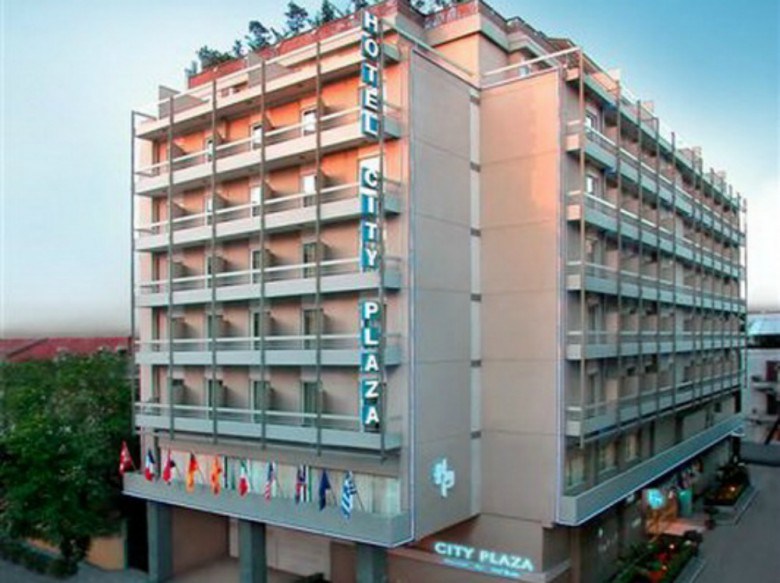