Professor Gourgouris on Prose and Poetry 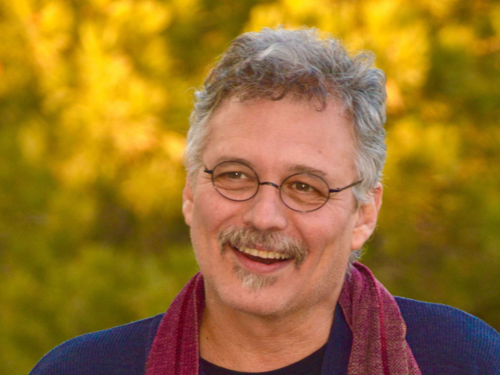 Columbia University is the oldest institution of higher learning in New York state, and one of the most prestigious in the world.

Dr. Stathis Gourgouris is a Classics Professor at Columbia, and Director of its Institute of Comparative Literature & Society. He has published several books, including: Dream Nation: Enlightenment, Colonization, and the Institution of Modern Greece (Stanford, 1996); Does Literature Think? Literature as Theory for an Antimythical Era (Stanford, 2003); and Lessons in Secular Criticism (Fordham 2013).

What is the role of literature in an antimythical era and which are its borders among reality and imagination?

What defines my entire work, whether it is in literary studies or political philosophy, is to explore the intersections between the poetic and the political. Not just in terms of specific authors, texts or historical periods, but more broadly, in terms of how societies imagine themselves (as nations, cultures, traditions etc.) and, of course, how they imagine others – their adversaries. This sort of imagination expresses itself through myths, which I don’t see negatively (as falsehoods or deceptions), but rather as necessary fictions which create bona fide realities, sometimes emancipatory, other times detrimental. My argument is that in our era of calculation and the fetishism of data, myths are undervalued – that’s the anti-mythical era – and my point is to remind us that the non-analytical (synthetic) imagination deserves to be cultivated as resistance to our being reduced to a bunch of numbers. 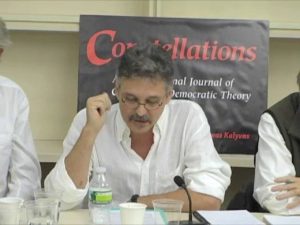 You have also published numerous articles on Ancient Greek philosophy, political theory, modern poetics, film, contemporary music, and psychoanalysis. How hard is it to carry on in all of these different fields of interest?

SG.Well, all these things interest me equally, and I don’t see a contradiction between them. I come from a generation that learned to see knowledge as multi-lateral and intersectional. What we come to know involves (and requires) a great range of languages and methods; it can never simply be a matter of expertise. I respect specialized knowledge, and I certainly train students in specialized domains, but I have also come to recognize that specialization and expertise has become an obstacle to our seeing the big picture. Our time is characterized by serious lack of vision, the lack of seeing the broad horizon. In order to deal with the problems of our times, we need to learn to think in multiple ways and this requires a certain flexibility and acceptance of the need for experimentation and risk beyond your cognitive comfort zone.

You are an internationally awarded poet, with four volumes of poetry published in Greek, most recent being Introduction to Physics (Athens, 2005). Your work has been translated into French, Italian, Serbo-Croatian, Turkish, and Hebrew.How might the metrical ‘stresses’ of poetry help us to cope with the mental and emotional stresses of modern life?

Poetry is indeed a way of thinking about life – a different way of thinking than what we understand as rational and analytical. It is synthetic. It’s not necessarily bounded by metrics, although I would certainly argue that, for me at least, poetry requires a certain musical understanding, a certain rhythm, if we can say that, which goes beyond the verbal. In others words, what you say in poetry is not as important as to how you say what you say. Being able to articulate the mysteries and uncertainties – but also the playfulness and risk – of living in short, elliptical, imagistic, or musical use of language is poetry’s work.

What are your remarks about the public role of contemporary philosophers? Do you think that they correspond to their mission?

Unfortunately, the academy, with its intricate apparatus of expertise, has eroded the capacity of intellectuals to be decisive in the public sphere. Contrary to what is conventionally thought, philosophy was born out of direct encounter with the world – it’s not meant to be some individualized esoteric contemplation. Philosophy was born in the ancient Greek polis and is essentially political, which does not mean that it addresses only political problems. Even the most profound metaphysical questions are relevant to worldly life. Unfortunately, many philosophers today do not live up to this public responsibility.

You have taught Comparative Literature also at Princeton, Yale, UCLA, and the National Technical 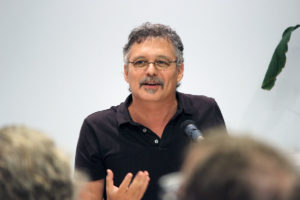 University in Athens You have also served as Director of the Institute for Comparative Literature and Society at Columbia (2009-2015). What does teaching mean to you?

Well, I have said several times that teaching is learning – it’s learning together with others. It’s not about transmitting knowledge to an empty vessel. Teaching is not an apostolic task; it’s not about enlightening the ignorant. In the classroom, I want people to think on their feet and not be afraid of their ignorance. I encourage speculative thinking, but I also demand close reading of details. I want students to have confidence and daring, yet be attentive and self-critical. It’s a difficult balance, but I try to encourage students to open up and take risks in front of their peers, to test their limits, to imagine, to question, and to rethink. A good teacher must be open to the unexpected. What happens in the classroom can never be fully predicted; a predictable teaching day deserves to be questioned.

In 2015 you were honored with the Lenfest Distinguished Columbia Faculty Award. Can you give some information about this honor?

It is Columbia’s most prestigious faculty award and it comes from student nominations. It is a great honor and I was humbled to receive it.