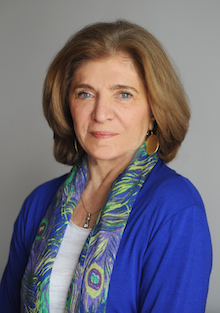 Harvard University established in 1636, is the oldest institution of higher learning in the United States and one of the most prestigious universities in the world. Over 20,000 students attend and among its virtually limitless list of distinguished alumni are eight US Presidents. A distinguished and accredited Greek Professor at Harvard University,  Ioli Kalavrezou, Dumbarton Oaks Professor of Byzantine Art Department of History of Art and Architecture talked to The National Herald about their academic career and to the extent the Greek culture has contributed to it.

Since 1989 you’ve been a Dumbarton Oaks Professor of Byzantine Art History, a Senior Research Associate, Dumbarton Oaks Center for Byzantine Studies since 1989 and from 1996 to 2001, the Chair of the Department of History of Art and Architecture at Harvard University. Can you talk about your experience and your long association with the Institution?

Dumbarton Oaks began as a center for Byzantine (NOT business) studies. The Byzantine center was founded 75 years ago by the diplomat Robert Bliss and his wife Mildred Barnes Bliss. They had traveled often in the Mediterranean and began to develop an interest for the history and culture of the medieval world of the Mediterranean and in the 1930’s they started to build a collection of most precious art works of Byzantium. Their collection was excellent consisting of Byzantine gold jewelry, ivory carvings and other works of art of high craftsmanship such as enamels and miniature mosaic icons. They built up also a fantastic library to accompany their collection inviting also scholars and specialists to come to Dumbarton Oaks to spend time and do research and to study the collection and write about the objects they had collected. In 1940 with the Second World War, however they decided to offer the Dumbarton Oaks research Center and its property to Harvard to be administered by it. Today Dumbarton Oaks supports through fellowships and internships, meetings, and exhibitions, research and learning internationally in tow additional fields beyond Byzantine, in Pre-Columbian, and Garden and Landscape studies both areas in which the Blisses had special interests. In the late 80’s the idea to establish chairs in the Byzantine field at Harvard University was realized and three Dumbarton Oaks chairs were created: one in History, one in History and Art, and one in the Classics for Byzantine Literature. It was then that I came from UCLA to Harvard.

My association with Dumbarton Oaks began much earlier when, with a Junior fellowship, I came there to research and write my dissertation.  Dumbarton Oaks offers fellowships to scholars who want to spend six months or a year to do research there. As the best library in Byzantine studies it is a much-desired place to do research. There are nine to ten fellowships each year for Byzantine studies, some to young scholars still working on a dissertation and others to advanced scholars in all the fields of Byzantine culture and civilization.

You are an art historian, but you started as classicist/archeologist. How did you decide to focus on art history?

Yes, I did start as a classicist/archaeologist. My first years of study were in Germany. I studied archaeology because I was born and raised in Greece and as a child I observed a number of excavations. I was going everyday watching what they were doing. While studying archaeology I was also following at the same time courses in art history, as a secondary field. I was very inspired by this field because at that time I realized that art history, and that is several decades ago, had moved into contextual studies, which made the field interdisciplinary. Archaeology at that point required a more “dryer” approach, much more focused on measurements, descriptions, categorizations, etc. It was not as interpretive as it has become nowadays. In the meantime things have changed also in archaeology and other historical studies, but I am speaking of the late sixties early seventies. After my BA in Classics I moved to the department of Art History in Berkeley to work with David Wright, who taught Byzantine art there at that time. Byzantine art history still then focused on iconography and style. Reading what the Byzantines themselves wrote was not encouraged very much since it was thought that they did not directly discuss art as such. Much has changed and since the 1980’s Byzantine studies have caught up with the field of art history more broadly. In my teaching I realized that context was essential to an understanding of the art of a period. Of course we began increasingly to ask different questions, to look at types of objects that had not been given much attention before (my dissertation and later book was on Steatite icons, another material carved like ivories). Objects, which had never been exhibited, became part of studies and exhibitions. For example, in the exhibition I organized at Harvard on the world of Byzantine women many artifacts were brought together never seen before. Art history is a challenging field of research and that is what intrigues me. It is a kind of puzzle that forces one to find even from small details from which to try to derive some information. The study of seeing is important and to be an art historian you really have to be an observer, to know how to look.

What does teaching mean to you?

Teaching is an experience. You are not alone in a classroom to just present information. The task one has is to open up a world for other people that they are not aware of. When you teach the information is in your head and according to the knowledge of your students you have to know how to formulate it, often you have to condense it and present it clearly and with enthusiasm. This process often leads you to find new interpretations and answers in you own work. I enjoy having graduate students around me, I like their enthusiasm and dedication and I enjoy working with them as we did, for example, for the Byzantine Women exhibition where we had a great collaboration. Undergraduates come with very little grasp of the history and culture of Byzantium, they do not know much about the period or the art, and my aim is to present fresh challenges, introduce them to an older but also rather “modern” society for its time, to capture their interest by discussing intriguing and impressive images almost like puzzles to be solved, and we do it together. Graduate students are another matter, and there I need to make sure that they have a broad education and that they have all the languages they need, especially Greek. I encourage them to read the texts (and there are great texts!) and learn from other disciplines, which can be brought to bear on Byzantium. 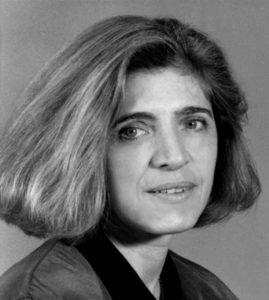 You have published articles about the images of Byzantine Women and “Irregular Marriages in the eleventh century” and the “Zoe and Constantine Mosaic in Hagia Sophia”. Which is your scientific field of interest?

I became interested in the women of Byzantium when I was studying the society in general, relation between church and state and other such topics which are based on issues and not on stylistic or iconographic developments. Specifically I wanted to find out how did women figure in that society. I decided to teach a seminar on Byzantine women, which meant collecting all possible historical information and objects that related to all women and not just the well-known imperial women and to see what we would learn from this. My students with great enthusiasm participated in it and we then decided to show our finds in an exhibition, which would also provide a catalogue of the art objects to a general audience. We had over two hundred pieces collected from various museums in the US and in Canada, which were displayed in such a way to represent the daily life of women as much as was possible to reveal. The exhibition was organized according to the different realms of their life: their marriage, their work or other activities done by women, the public spaces of women, their households, child bearing and so on. We tried to show all this through objects and works of art. The catalogue of this exhibition has in addition to the art objects accompanying nice essays on the themes of the exhibition. There are assays on birth, health, marriage, work and place in society of women and specific discussions on empresses and their influence sometimes even in politics. I am proud of this effort because it was done in 2003 and it is the first exhibition of Byzantine art, which is not about the splendor or glory of Byzantium or the power or faith of Byzantium, where all kind of objects are represented for their beautiful appearance. This was an exhibition organized with a thematic focus. Women in Byzantium had much more legal rights than the women had in the West for example and this needed to be made known to a wider public than just the specialists. They could file for a divorce for example, they worked, they were producers and they could go to the market and sell their products as for example textiles they produced. For those times we can say that they had a kind of independence. They were very powerful women.Another topic that relates to women which has interested me for some time now is the role and place of the Virgin Mary in Byzantine society. But I am interested alsoin the self-presentation of emperors and other “political” topics that can be detected in the art of Byzantium in manuscripts, mosaics, silver objects and all kinds of other representations.

Recently you ran for the Greek elections as a candidate. What’s your opinion about the escalating political and economic turmoil in Greece? How have you considered to help with your expertise by getting politically engaged?

I never thought I was going to do this.  I was never involved in politics especially since most of my life I had lived outside of Greece. I was approached by the new movement Potami and first I was rather hesitant. But what I heard and discussed with them, especially with Stavros Theodorakis, the head of this movement, made me change my mind. I felt that what he said and observed about Greece, and the need this country had for finally big changes, was exactly what I had felt and thought all these last decades. I decided to run for the European Council because I know Europe quite well. I speak their languages and could represent Greece well. I lived in Germany for many years, I went to school there, then studied and later taught at the university of Munich. I know also France well, so I felt that I could speak for Greece in matters having to do with education and culture. It is essential for Greece, for example, to reorganize its educational system. Because of my expertise I felt I could contribute to an understanding of what politismos might mean in a nation that slowly seems to be forgetting its own past and its language. Time had come I thought when I could contribute and do something for Greece, not only from outside as all these years, but from within.  Harvard would have given me if successful a leave of absence. It did not quite happen yet. I am patient let us see what this New Year will bring.