Telling the story of storytelling 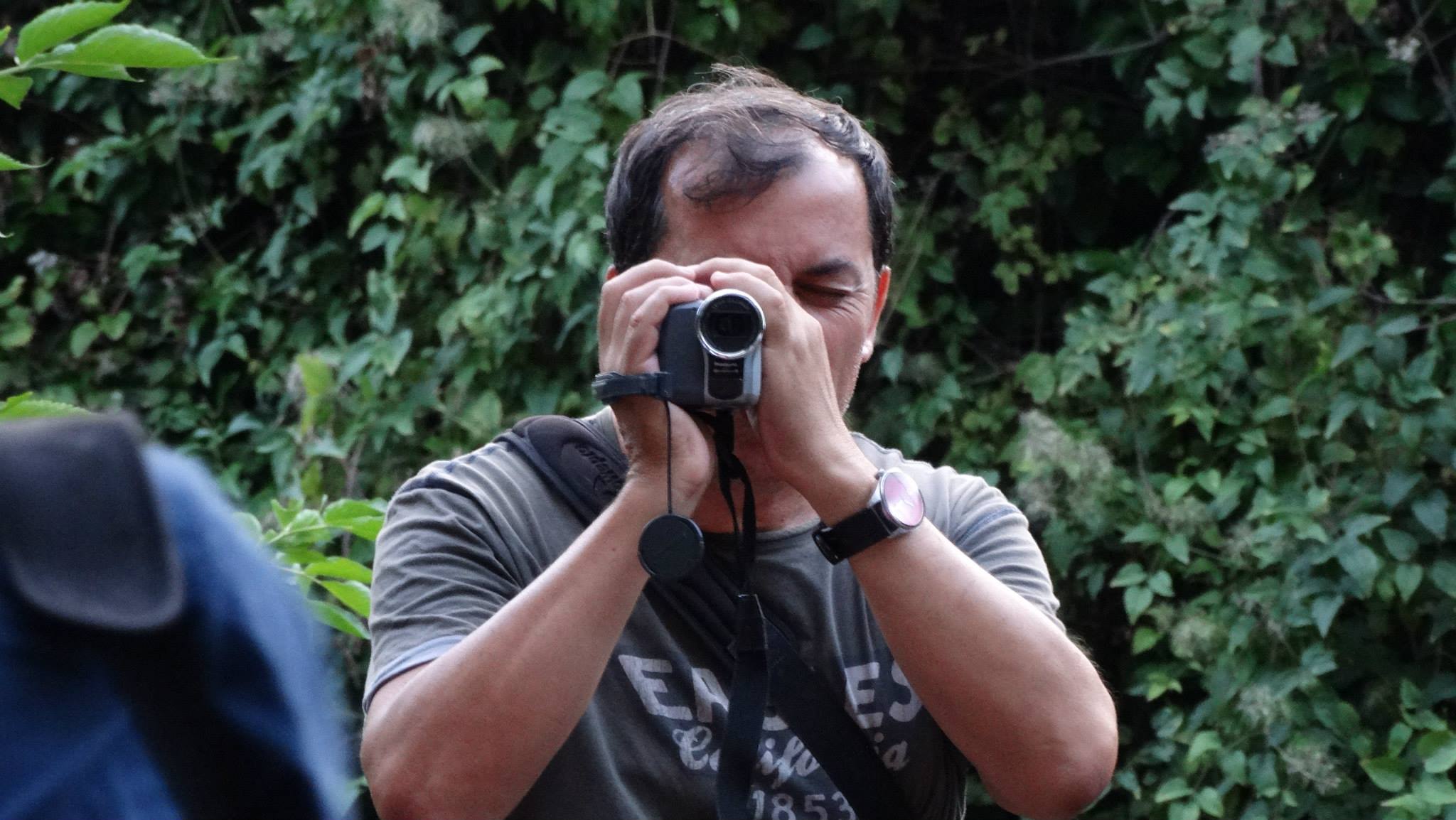 Vassilis Loules is an acclaimed and multiple award winning film director who loves embarking on a journey into the world of story telling. He was born in the town of Trikala in the early 1960s, on the cusp between two eras in a small, one-story house that opened onto a courtyard which his family shared with other neighbors. Next door was his father’s bicycle shop. And on the other side, a coal shed. This was his entire world. In the winter he would often go to the bike shop and sit near the wood stove together with his dad’s customers and friends smelling the oil and grease of his father’s tools, listening to the stories of the unschooled, common folk and letting his mind travel. This is how he started creating stories. On October 20th 2015, his new documentary film’s screening “And I also passed from there and had paper shoes to wear” took place as part of The New York City Greek Festival.

The interview with Vasilis Loulles follows:

VL:I started my film studies while I was studying Electrical Engineering at the National Technical University of Athens. To me, Electrical Engineering was a job with steady pay cheque and cinema was the mean to express myself in a creative way. After long time, I realized that engineer’s complicated and analytical job, its organized way of thinking and the construction’s structure were valuable equipment for my job as a film director. I often say that the “Strength of materials” class had double effect: First, it helped me to create brand new, solid worlds starting from the beginning, (this is exactly the process of creating a film) and on the other hand, it offered me the psychological strength to manage the construction of those new worlds.

VL:In 2005 I felt extremely emotional when I visited I visited the exhibition with invaluable personal documents of the Hidden Jewish Kids at the Jewish Museum of Greece. I had recently become a father myself and I was wondering how could a kid who was forced to hide in order to save his life, escape from the fear. Kisses to the Children is not just another film about the Holocaust; it’s a film about childhood in the shadow of the Holocaust.The film is about five Greek-Jewish children who were saved by Christian families during the German Occupation, they lived in total silence and tell their stories. Stories of terror, anguish and confusion but also stories of salvation and carefree childhood into the arms of strangers – which became secret Gardens of Eden, nests of love away from the horror of the Holocaust. The movie follows these kids from childhood to present, revealing their hidden stories and invaluable personal documents -a diary of a child, photographs and home movies. It also depicts the life of the Greek Jewish Communities before the War, complemented with rare images of Occupied Greece from archival material, as well as amateur films by German soldiers and illegal footage shot by Greek patriots. In January 27, 2014 the film was screened in Paris within the frame of the UNESCO’s events on the occasion of the International Holocaust Remembrance Day. It was in theatrical release in Athens & Thessaloniki for 8 weeks, it was screened in many Greek towns as special events, won awards at film festivals and received many rave reviews. It is currently in educational screenings for the students in Greek High Schools as well as in special screenings in North America, Europe and Australia. In Autumn 2014 Kisses to the Children was screened at 11 Universities across North America. This tour was sponsored by the University Seminars Program of the Onassis Foundation (USA).

VL: Real life is in the Streets, in the neighborhood alleys, in the stories of simple ordinary people. I love to put my camera into the narrow Streets recording these little stories while at the same time I try to catch a glimpse of the parade of the History which is taking place in the big Avenue in the distance. My new documentary film I Also Passed by There and Had Paper Shoes to Wear takes us on a journey into the magical world of fairytales. Grandmothers and grandfathers, folk storytellers of rural Greece face the camera and tell fairytales and stories of a universal and timeless character. A documentary film dedicated to perhaps the last people of the land in whom the echo of centuries of oral storytelling is still alive. Simple folk, shepherds, housewives, farmers, people with strong ties to the earth and the animal world, illiterate most of them but endowed with the gift of storytelling, spellbind us and take us on journeys of the imagination.

Is there any special project you are working on right now that you might want to share?

VL:I am currently in the extremely hard situation to seek funding in Greece, Europe and in the USA for making a documentary on the photographic work of Panos Eliopoulos, the value of which was only recently appreciated. Unschooled, very poor and orphan, Panos Eliopoulos immigrates illegally in the US in 1923 and he finally settles in Detroit, working as a rail worker and at the General Motors car factory. In 1927 he enrolls at an Institute of Photography in Chicago. His graduation project, a short silent movie, receives praise by his tutors. After the crash of 1929 he returns to Greece and opens a photographic studio in his birth town Filiatra, Peloponnisos. He takes pictures of unknown poor people, births, funerals, newlyweds, prospective brides about to immigrate. A mosaic of the Greek province 1930-1964. The documentary “In the Dark room” will present the adventure of a man who managed to turn the dark experiences of the first thirty years of his life into a work of art, filled with internal light. The triumph of the Will and the Resilience.