Gregory Stephanopoulos: The scientist with the world wide accomplishments in Metabolic Engineering 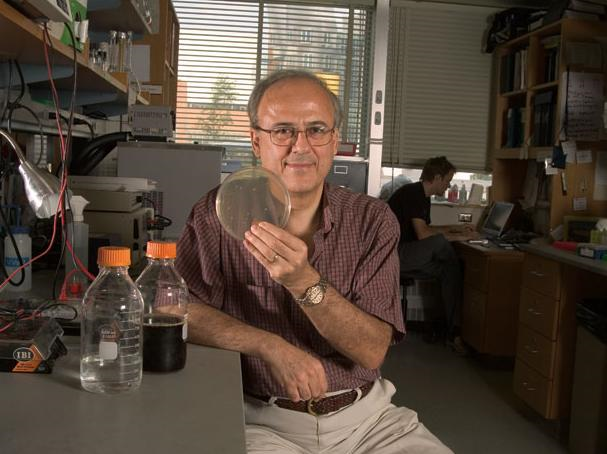 The Massachusetts Institute of Technology (MIT) established in the 1861 in Cambridge, Massachusetts, has the mission to advance knowledge and educate students in science, technology and other areas of scholarship that will best serve the nation and the world. MIT adopted a European polytechnic university model and stressed laboratory instruction in applied science and engineering. The Institute is traditionally known for its research and education in the physical sciences and engineering, and more recently in biology, economics, linguistics, and management as well. In August 2012, Forbes named the Institute the second-most-entrepreneurial college in the country, and that same month, after taking into account such factors as the potential earnings of graduates, Newsweek’s the Daily Beast named it the nation’s most affordable college. 85 Nobel laureates, 56 National Medal of Science winners, 28 National Medal of Technology and Innovation winners, 65 Marshall Scholars, 45 Rhodes Scholars, 44 MacArthur Fellows, 34 astronauts, and 2 Fields Medalists have been affiliated with MIT. Twenty five MIT students, researchers and alumni honored in the 2016 Forbes 30 Under 30 lists showcasing America’s most important young entrepreneurs, thinkers, and leaders. It is also notable to mention that between 2000 and 2006, MIT graduates started more than 5,800 companies, and the numbers have only been rising since. The distinguished Professor in Chemical Engineering and also the Director of the Bioinformatics and Metabolic Engineering at MIT, Gregory Stephanopoulos talked about his academic career and his scientific accomplishments

Where were you raised and how did you create this notable professional success?

I was born in Kalamata, went to a public school there until 3rd grade of Gymnasium (this would be US 9th grade), when my family moved to Athens. My older brother George had succeeded in the Panhellenic University entrance exams (ranked first) for the School of Chemical Engineering of the National Technical University of Athens (NTUA). He was a great role model for me and my generation. So, three years later I also succeeded in the entrance examinations and matriculated in the same department. I graduated 5 years later, went to the US for graduate studies, then to Caltech as Assistant Professor. I stayed in Pasadena, where Caltech was located, until 1985 when I received an offer for a Full Professor from MIT which I accepted and I have been in this institution ever since. I did well at both Caltech and MIT. I think the reason was excellent role models (in family and society), strong family support and encouragement for pursuing excellence and distinguishing oneself, and, really, not serious viable alternatives (Plan B) in case my professional aspirations did not materialize.

A research of the Chemical Engineering Department led by you examines a number of current and exciting topics in the area of Metabolic Engineering and its industrial and medical applications. Can you give us more details about it?

Metabolic engineering is actually the engineering of the metabolism of microbes to convert them into little chemical factories that can synthesize numerous chemical and pharmaceutical products. They do so very efficiently, so that they can replace current chemical processes employed in the production of many chemical products we use in everyday life, such as biopolymers, biodiesel, oils and lipids, detergents, cosmetics, biopolymers and many, many others. These microbes can also synthesize complex pharmaceutical molecules more efficiently than by using traditional chemistry. As such, metabolic engineering is an enabling technology that can transform the chemical and pharmaceutical industries in the 21st century.

Ιn which field are you currently working on?

We do a lot of work in the area of biofuels, converting carbohydrate renewable feedstocks into lipids for biodiesel production. Also, we engineer microbes to synthesize natural products that are used as pharmaceuticals. One such example is to engineer the metabolic pathway that synthesizes the anticancer drug taxol. A large number of compounds (actually, more than 50,000) can be made by the same metabolic pathway and many of these compounds have important pharmaceutical properties. As such, our work aims at discovering such compounds and also providing an efficient method for their cost-effective manufacturing via fermentation. Other examples include compounds that are presently used for the production of packaging materials, antifreeze, components of the plastic bottles we use for water and soft drinks, and others. The major advantage for making these products using microorganisms and fermentation as opposed to fossil fuels is that their production is not associated with the release of greenhouse gases. In that sense they are truly “green” products that do not burden the environment with their production.

As I mentioned above, we are developing a number of methods for the production of biofuels, chemicals and pharmaceuticals using microorganisms. This entails the engineering of microbes using tools from modern molecular biology. In this form, we change the genetic make up of these microbes in a targeted manner that modulates their genes and gene expression. It is these genetic changes that transform a microbe like a bacterium to a little chemical factory capable of producing the antifreeze compound ethylene glycol; or convert baker’s yeast to a different chemical factory that produces a pharmaceutical product, or specialized compounds that are useful as flavors and fragrances, just to name a few examples.

If somebody asked you to describe a typical day of yours, what answer would you give?

There is, really, no such a thing as a typical day. There are so many things happening, some planned but many others totally unexpected. You can plan a visit, some meetings, regular lectures or faculty meetings. But there is no way you can anticipate developments in the lab, exciting and disappointing, news from other groups, funding agencies, journals where we publish our work or the personal lives of students and postdocs. They all make for an exciting life where there is hardly a dull moment! All of the above, sometimes in an orderly manner, sometimes randomly and unexpectedly, are the items that fill the life of an academic researcher/educator and make it incredibly exciting and very fulfilling.

Do you believe that institutions that are research-based are absolutely necessary in order for Greece to be a leader and not a follower in innovation, or can it be accomplished without it?

GS.There is no question that Greece needs advanced research and the innovation that results from it in order to maintain the high standard of living that our compatriots have come to expect. It has been proven over and over again that funds spent on research provide handsome returns unmatched by any other type of investment. Also, I cannot think of an advanced country with high standard of living that is not supported by robust academic institutions that serve as economic engines of their development. Greece’s most important asset is her highly educated and skilled professionals. They have proven over and again that they are capable of the highest achievements and distinctions when given the opportunity, mainly outside Greece. I do not see a reason that this model cannot be emulated in Greece proper to fuel the future economic development of the country. People will just have to set high standards and high expectations for students and professors, create a reward system that recognizes excellence and high achievement and show zero tolerance to attempts to dilute honest efforts aspiring to achieve high goals.