Love, Chekhov and the Magic Trunk 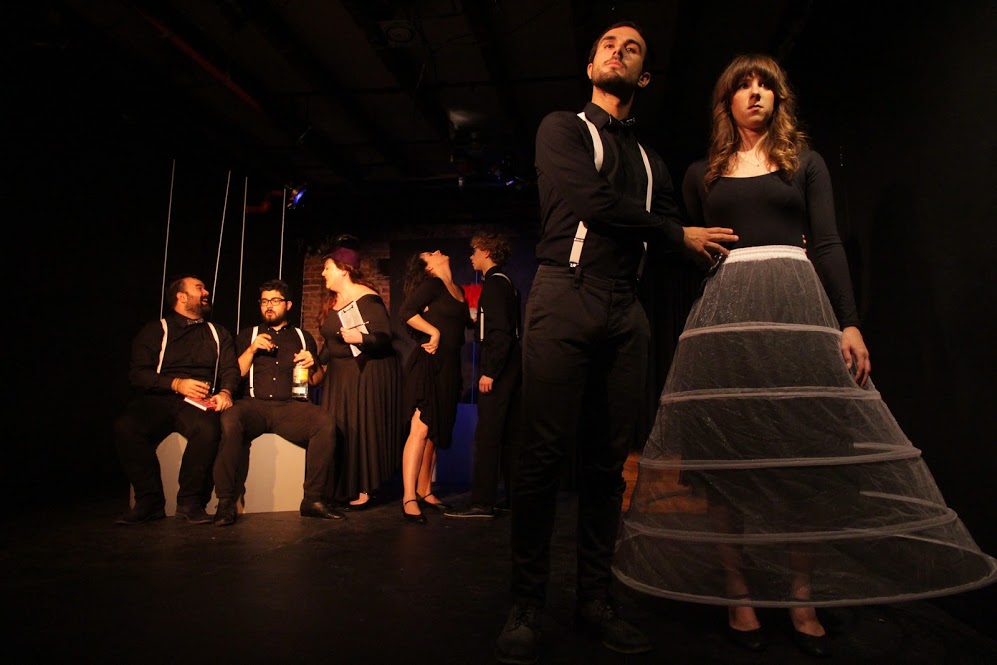 Love, Chekhov and the magic trunk, a play combining farce and slapstick comedy was performed at the Producer’s Club in NYC September 30th and October 1-2.

The play comments on the eternal struggle between men and women, as seen through the eyes of Anton Chekhov in the midst of the 20th Century. 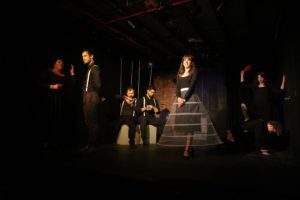 The plays written in the twentieth century from writers such as Chekhov challenge our perceptions of reality. When these plays are performed they enable the audience to learn in a space where they are learning about life itself. As David Edgar states in his book How Plays Work, ‘Drama can bridge the two great sources or our experience: our direct, lived first-person biography and the much wider range of experience and knowledge that is reported to us second or third hand”. [1] We learn through the trials and tribulations of others. This realisation as it were moves us because we can relate to it.”

Playwrights cannot truly represent reality so we have to become like detectives in order to make sense of the play and ask questions about our society. To question life we must have discussions and find meaning in reality.

Love, Checov and a magic trunk is an example of a dialectical play and could be seen as metaphor for Russia and offers a perspective on life and of the whole of the eternal struggle between men and women. We through watching the play can get a psychological and analytical view point of early 20th Century Russia. Chekov was a scholar of the human condition, and his profession as a doctor allowed him to uncover signs from his patients. So it is through the theatre of Chekhov and through his dialogue, that we uncover meaning, we find understanding, catharsis and a truth.

One reason for going to the theatre might be to take a retrospective look at the reality, from the past, to face the future with fresh eyes.  Sometimes a new perspective is all that is needed. Love, Checov and the magic trunk, is a play that has been performed as a play that uses symbolism.

It is presented in the play as a conflict between naturalism and symbolism. It has been performed using other 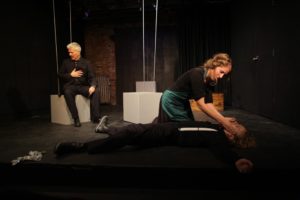 genres of production but the play remains the same in its textual context. A new aspect of the play’s meaning is emphasised and as we perceive life from a character we can identify and imagine ourselves through their perception. Chekhov’s occupation as a doctor allows his text to be deeply involved in its characters flaws. Chekhov’s goal was to present things as they are and he does not prescribe an alternate reality where there is a happy ending. You may imagine this for yourself in your own viewing as people will take away different interpretations. Each individual will take away their own version of reality from the play and learn something about themselves.

Change is the way things are, change is nature which opens the discussion.

The audience can make the decision whether to answer this, it maybe that it isn’t a rhetorical question, but it is more indirect that the audience is challenged in such a way. This could be seen as Socratic Dialogue.