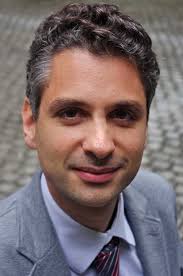 Harvard University established in 1636, is the oldest institution of higher learning in the United States and one of the most prestigious universities in the world. Over 20,000 students attend and among its virtually limitless list of distinguished alumni are eight US Presidents. Nicolas Prevelakis, Ph.D Lecturer, Committee on Degrees in Social Studies & Assistant Director of Curricular Development, Center for Hellenic Studies talked to THN about his academic career and to the extent the Greek culture has contributed to it.

Can you elaborate a little about yourself? Where you were raised and how you came about creating this niche for yourself?

I was born in Athens, Greece. I moved to Paris with my family when I was 8 years old, so I spend most of my childhood between France, where I lived during most of the year, and Greece, which I would visit during Christmas, summer, and other vacation periods. I became very interested in, and ended up studying, philosophy. It was the last years of the wars in Yugoslavia, and I also became very interested in the relation between religion and politics, and the political use of religion by nationalism. 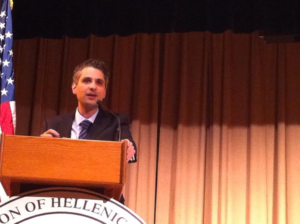 Who would you like to mention in terms of literary/spiritual inspiration-who helped you carve a unique career for yourself?

My favorite philosophers have been Plato, Spinoza, Kant. In the Social Sciences, my main reference is Max Weber, both for his methodology and for his idea of that modernity brings about a certain « disenchantment of the world ».Besides my parents and broader family, with whom I have had the chance to have in depth intellectual discussions from a young age, some of the people who have helped me the most in my career have been Liah Greenfeld, with whom I worked and studied at Boston University from 2001 to 2006; and at Harvard, Richard Tuck, Gregory Nagy, and Anya Bassett, who have been very important sources of inspiration, both intellectually and professionally.

Could you describe a few of your teaching experiences at Harvard?

I have had the unique chance to work at Harvard’s Social Studies, a interdisciplinary honors program which attracts extremely gifted and interesting students. The fact that it is interdisciplinary allows me to focus on « big questions” and to combine multiple approaches and perspectives, without feeling constrained by the boundaries of a particular discipline. I am currently teaching political theory, nationalism, and globalization. Most of our classes are small seminars of 8-10 students; this allows me to get to know the students in depth and have real conversations with them. It is very impressive how much though and ideas can emerge from these discussions.

Is there any special project you are working on right now that you might want to share?

I am currently working on two projects. The first is a comparative study of the historical connection between religion and nationalism. This is a collaborative project, the goal of which is to understand the different ways in which nationalism has coexisted, transformed, or challenged religion in the last couple of centuries. The second is a monograph on religion and national identity in modern Greece, which develops some of these questions in more depth. This book is currently under contract at the Editions du CNRS in France and should appear in French.

How does it help having a Greek culture and a Greek way of thinking in your academic career?

It is impossible to think without words. One’s native language shapes the way one maps and makes sense of the world. Greek language has been extremely important in the history of philosophy, and being familiar with, and knowing the etymology of, words like economia or theoria is extremely valuable. On a professional level, I have had the chance to work, since 2010, at Harvard’s Center for Hellenic Studies, and participate in the development of summer programs in Greece. This has allowed me to pursue my academic interests while remaining connected to Greece, and given me the opportunity to work with Greek colleagues, both in the US and in Greece.

What’s your opinion about the escalating political and economic turmoil in Greece? Have you ever considered to get politically engaged in order to help with your expertise?

It has been a sad story, especially, of course, for those who live in Greece. Like many of us Greeks in the US, I often see myself anxiously checking the latest news, in an effort to stay connected. I try to remain politically engaged by being informed, discussing politics, and making every effort to be in Greece during elections. In my classes, I always address the Greek economic crisis and try to help students make sense of it and avoid stereotypes. With the help of my colleagues at the Center for Hellenic Studies, I have also tried to develop a program on political theory in Nafplio. This program is addressed to high school students of the Argolid and is now in its fifth year. While not a direct engagement with contemporary Greek politics, I see this as an investment in what is important in the long run: the engagement of the younger generation with big political and social questions. This is not a way to get easy answers, but an encouragement to think critically, question what is taken for granted, and engage in dialogue. I believe these are the most important things in democratic politics.