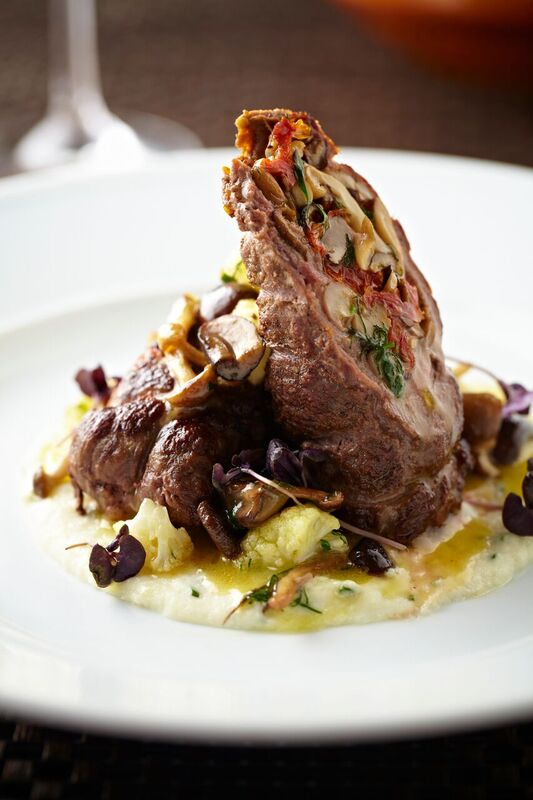 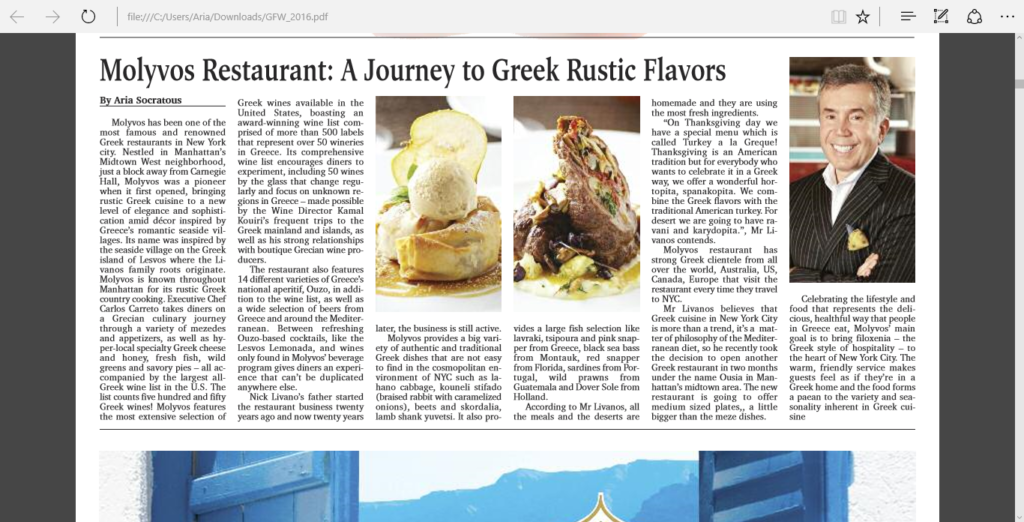 Molyvos has been one of the most famous and renowned Greek restaurants in New York city. Nestled in Manhattan’s Midtown West neighborhood, just a block away from Carnegie Hall, Molyvos was a pioneer when it first opened, bringing rustic Greek cuisine to a new level of elegance and sophistication amid décor inspired by Greece’s romantic seaside villages. Its name was inspired by the seaside village on the Greek island of Lesvos where the Livanos family roots originate. Molyvos is known throughout Manhattan for its rustic Greek country cooking. Executive Chef Carlos Carreto takes diners on a Grecian culinary journey through a variety of mezedes and appetizers, as well as hyper-local specialty Greek cheese and honey, fresh fish, wild greens and savory pies – all accompanied by the largest all-Greek wine list in the U.S. The list counts five hundred and fifty Greek wines! Molyvos features the most extensive selection of Greek wines available in the United States, boasting an award-winning wine list comprised of more than 500 labels that represent over 50 wineries in Greece. Its comprehensive wine list encourages diners to experiment, including 50 wines by the glass that change regularly and focus on unknown regions in Greece – made possible by the Wine Director Kamal Kouiri’s frequent trips to the Greek mainland and islands, as well as his strong relationships with boutique Grecian wine producers. 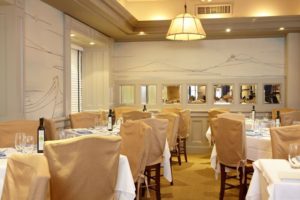 The restaurant also features 14 different varieties of Greece’s national aperitif, Ouzo, in addition to the wine list, as well as a wide selection of beers from Greece and around the Mediterranean. Between refreshing Ouzo-based cocktails, like the Lesvos Lemonada, and wines only found in Molyvos’ beverage program gives diners an experience that can’t be duplicated anywhere else.

Molyvos provides a big variety of authentic and traditional Greek dishes that are not easy to find in the cosmopolitan environment of NYC such as lahano cabbage, kouneli stifado (braised rabbit with caramelized onions), beets and skordalia, lamb shank yuvetsi. It also provides a large fish selection like lavraki, tsipoura and pink snapper from Greece, black sea bass from Montauk, red snapper from Florida, sardines from Portugal, wild prawns from Guatemala and Dover Sole from Holland.

According to Mr Livanos, all the meals and the deserts are homemade and they are using the most fresh ingredients.

“On Thanksgiving day we have a special menu which is called Turkey a la Greque! Thanksgiving is an American tradition but for everybody who wants to celebrate it in a Greek way, we offer a wonderful hortopita, spanakopita. We combine the Greek flavors with the traditional American turkey. For desert we are going to have ravani and karydopita.”, Mr Livanos contends.

Molyvos restaurant has strong Greek clientele from all over the world, Australia, US, Canada, Europe that visit the restaurant every time they travel to NYC.

Mr Livanos believes that Greek cuisine in New York City is more than a trend, it’s a matter of philosophy of the Mediterranean diet, so he recently took the decision to open another Greek restaurant in two months under the name Ousia in Manhattan’s midtown area. The new restaurant is going to offer medium sized plates,, a little bigger than the meze dishes.

Celebrating the lifestyle and food that represents the delicious, healthful way that people in Greece eat, Molyvos’ main goal is to bring filoxenia – the Greek style of hospitality – to the heart of New York City. The warm, friendly service makes guests feel as if they’re in a Greek home and the food forms a paean to the variety and seasonality inherent in Greek cuisine. 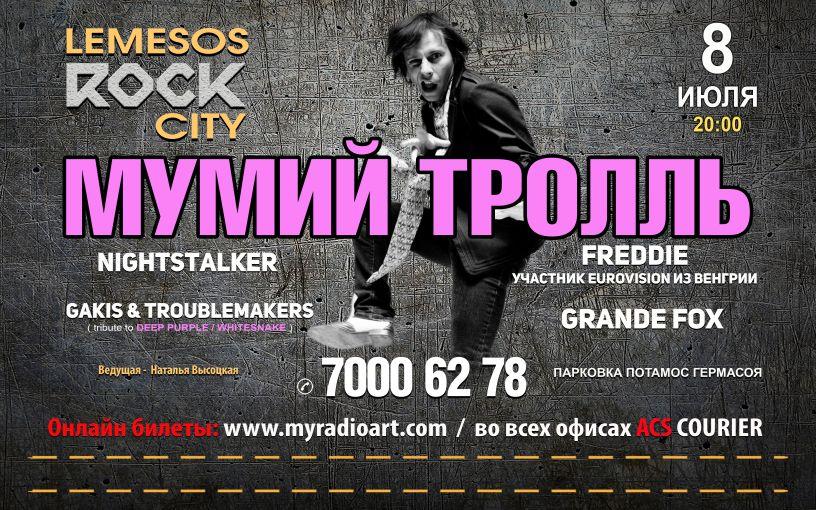