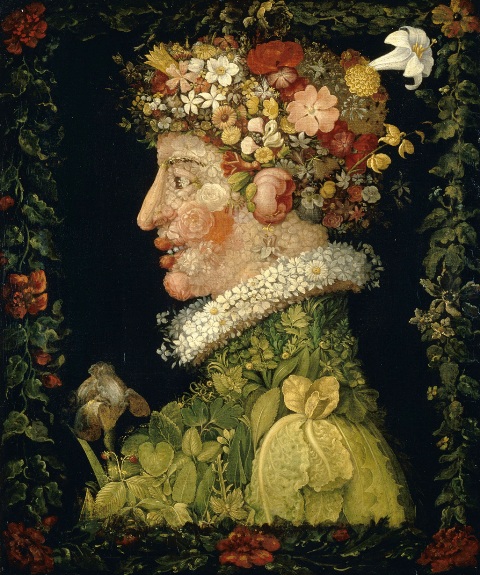 Giuseppe Arcimboldo (1526 – 1593) was an Italian painter. He was known for creating imaginative portrait heads made entirely of objects such as fruits, vegetables, flowers, fish, and books.

He worked as painter to the court in Prague and he is considered as the representative of 16th century Mannerism, a style tended to show close relationships between human and nature.

The bizarre works of Arcimboldo, especially his multiple images, were rediscovered in the early 20th century by Surrealist artists like Salvador Dali.