Gathering Flowers in a French Garden (1888) 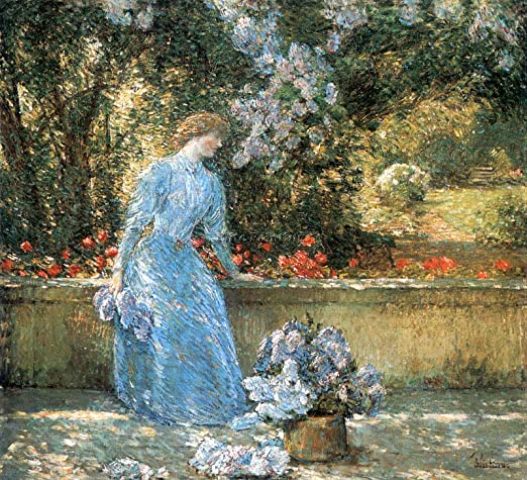 Along with Mary Cassatt and John Henry Twachtman, Hassam was instrumental in promulgating Impressionism to American collectors, dealers, and the museums. He produced over 3,000 paintings, watercolors, etchings, and lithographs in his career, and was a founding member of The Ten, an influential group of American artists of the early 20th century. His most famous works are the “Flag” paintings, completed during World War I.