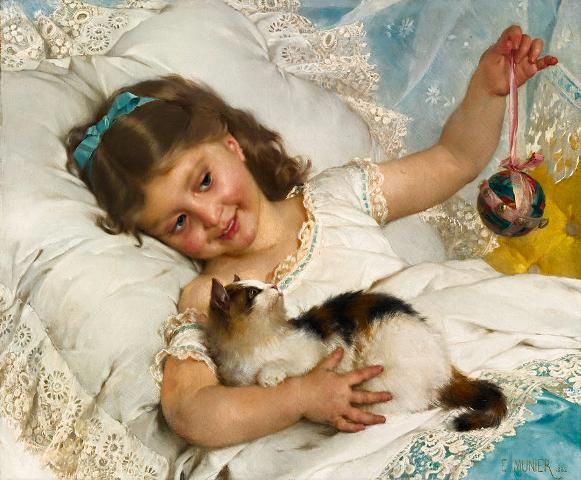 He started following the career of his father who was an upholstery artist at the Manufacture Nationale des Gobelins. After the death of his first wife he abandoned his career at the Gobelins and devoted his time solely to painting as well as teaching classes.

He was student of William Bouguereau and among his paintings are numerous drawings as well as some watercolors depicting scenes of boats and fishermen.

Emile’s two children for his second marriage were his principal inspiration for his sentimental genre paintings and especially these with young children and their pets.

Munier developed an exceptional talent for depicting the short-lived expressions and movements of his subjects and painted also mythological and religious subjects.