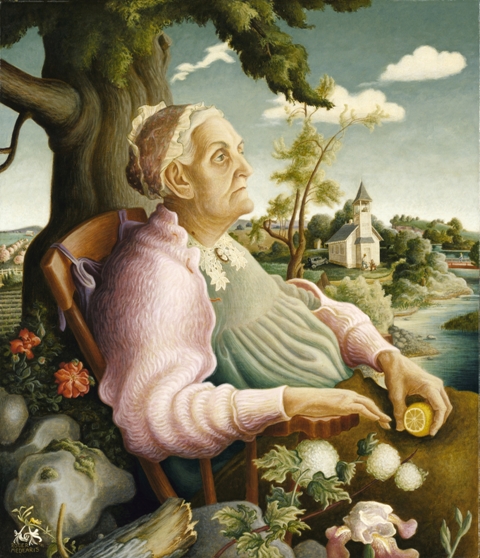 He completed this painting of his grandmother Susan Carns Medearis at the end of three years’ study with Thomas Hart Benton at the Kansas City Art Institute. Medearis used the sunporch of his father’s church as a makeshift studio to create detailed sketches of his grandmother, who had suffered a stroke several years earlier. He would wheel her up the ramp to the sunporch, where she often fell asleep while he worked. Medearis had her hold a lemon, whose sour taste she enjoyed, in her strong, still-vibrant left hand to contrast the paralyzed right side of her body.