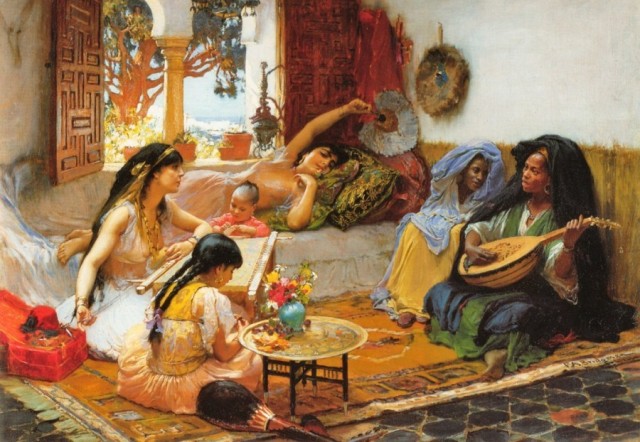 Frederick Arthur Bridgman (1847 – 1928) was an American artist known for his paintings of “Orientalist” subjects.

He studied at the Brooklyn Art Association, the National Academy of Design and the studio of the academic painter Jean – Léon Gérôme in Paris. He was influenced by Gérôme’s concern for Middle-Eastern themes. The scenes of his trips to North Africa and especially in Algeria and Egypt were the subject of his paintings and he became known as “the American Gérôme”. Bridgman would later adopt a more naturalistic aesthetic, emphasizing bright colors and painterly brushwork.

He was member of the National Academy of Design.