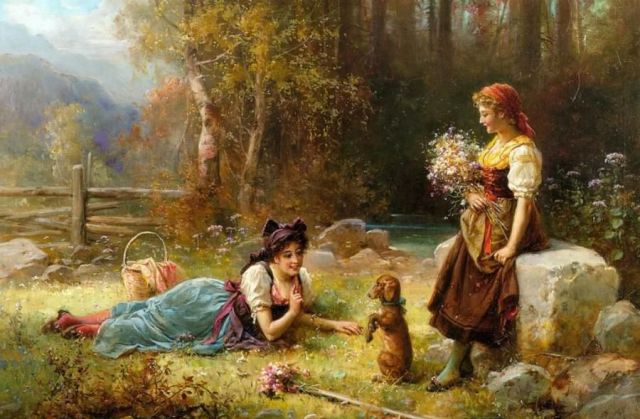 He was also known as Pierre de Ronsard and many times he signed his paintings with pseudonyms.

He studied at the Academie des Beaux-Arts in Vienna and his works were religious paintings dedicated to various churches in Austria.

He was more known for his passionate paintings depicting women, fairies and mythological subjects.

In the late 19th and early 20th century, several pieces by Zatzka were photographed and made into commercial and collectable postcards.