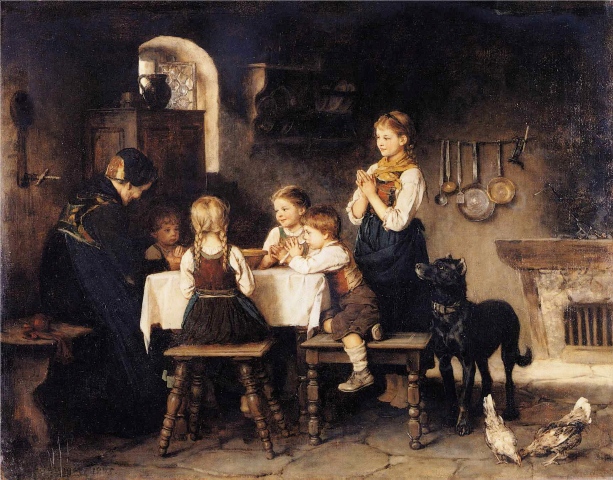 Franz von Defregger (30 April 1835 – 2 January 1921) was an Austrian artist. He learned to play the flugelhorn and he was a member of a local band in Dolsach. He studied woodcarving with the sculptor Michael Stolz and he continued his studies at the Academy of Fine Arts in Munich and the École des beaux-arts in Paris.