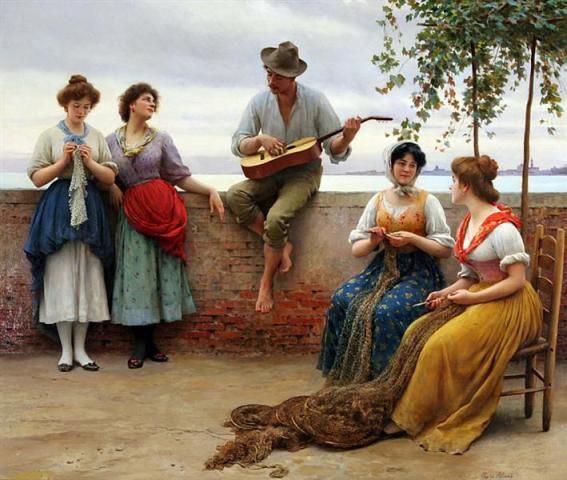 He depicted scenes which were characteristic of Venice, such as the local fishermen, beautiful women, and gondoliers surrounded by the marvelous architecture. He portrayed the charm and elegance of Venice by focusing on skin, hair, embroidered lace and other soft textures.