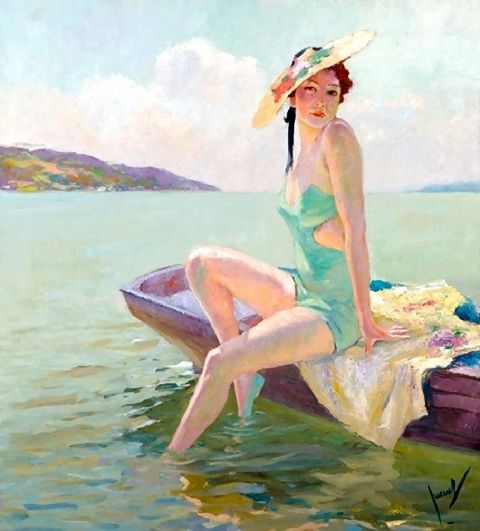 He worked as a newspaper illustrator in New York and Germany.

His style was generally impressionistic and his favorite subjects were idyllic outdoor scenes with young women.