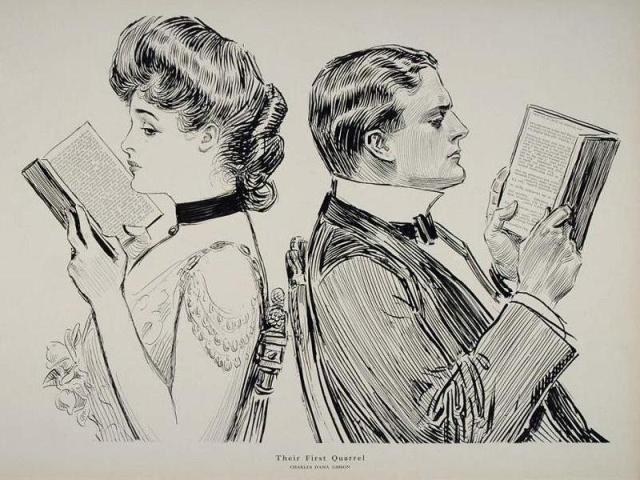 Gibson girl drawings delineated the American ideal of femininity at the turn of the century.

After studying for a year at the Art Students’ League in New York City, Gibson began contributing to the humorous weekly Life. His Gibson girl drawings, modeled after his wife, followed and had an enormous vogue. Gibson’s facile pen-and-ink style, characterized by a fastidious refinement of line, was widely imitated and copied.

In 1905 he withdrew from illustrative work to devote himself to portraiture in oil, which he had already taken up, but within a few years he again returned to illustration. He also illustrated books and published a number of books of his drawings.