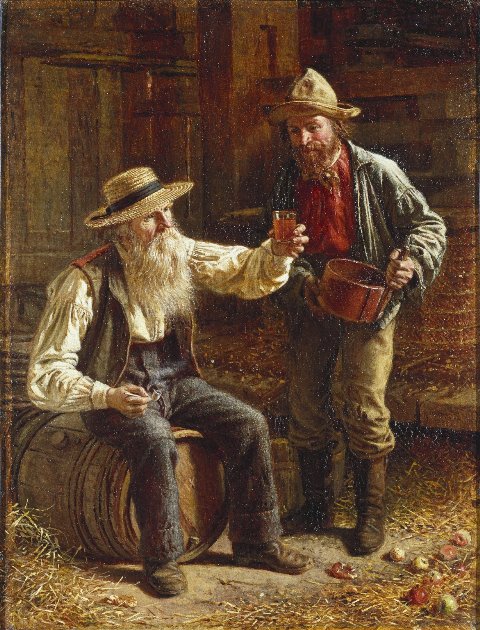 Thomas Waterman Wood was one of America’s most beloved genre painters.

As a young man he worked in his father’s cabinet shop. His art education was largely self-acquired: at first he painted signs, made patent drawings for inventors, and attempted some portraits.

He may have also studied with Chester Harding in 1846 and 1847, and later he worked in Düsseldorf.

By 1852 he had opened a studio in New York, continuing his portrait practice, and had built a summer home overlooking Montpelier.

After a year in Europe in 1857, he moved to the South and began to do the genre pieces for which he is best known: popular conceptions of democratic America, lauding unpretentious, rural ways.

He continued to paint these subjects after moving back to New York in 1866.

Wood was elected to the National Academy of Design in 1871 and served as president for eight years.

He continued to spend summers in Montpelier and late in life founded and donated his collection to the Wood Art Gallery in the town.