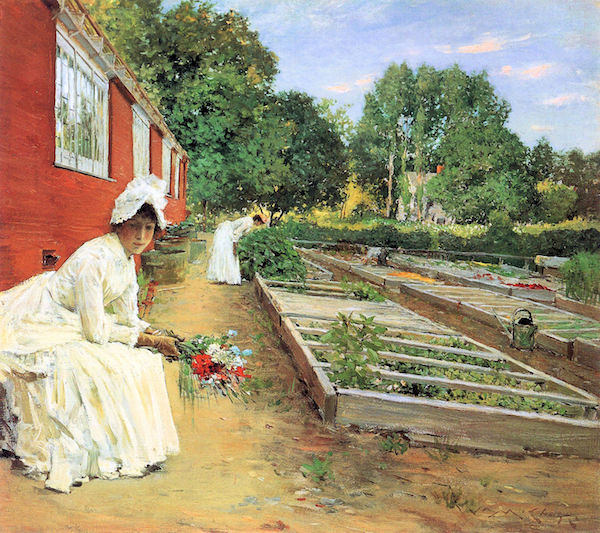 William Merritt Chase (1849 – 1916) was an American painter, known as a teacher and an exponent of Impressionism.

He established the Chase School of Art, which later would become the Parsons School of Design.

He traveled to Europe and studied near to famous painters.

He is most known for his portraits and landscapes where often he depicted woman and children in leisurely poses. He was most fluent in oil painting and pastel, but also created watercolor paintings and etchings.

Chase won many honors at home and abroad and was a member of the National Academy of Design and president of the Society of American Artists.