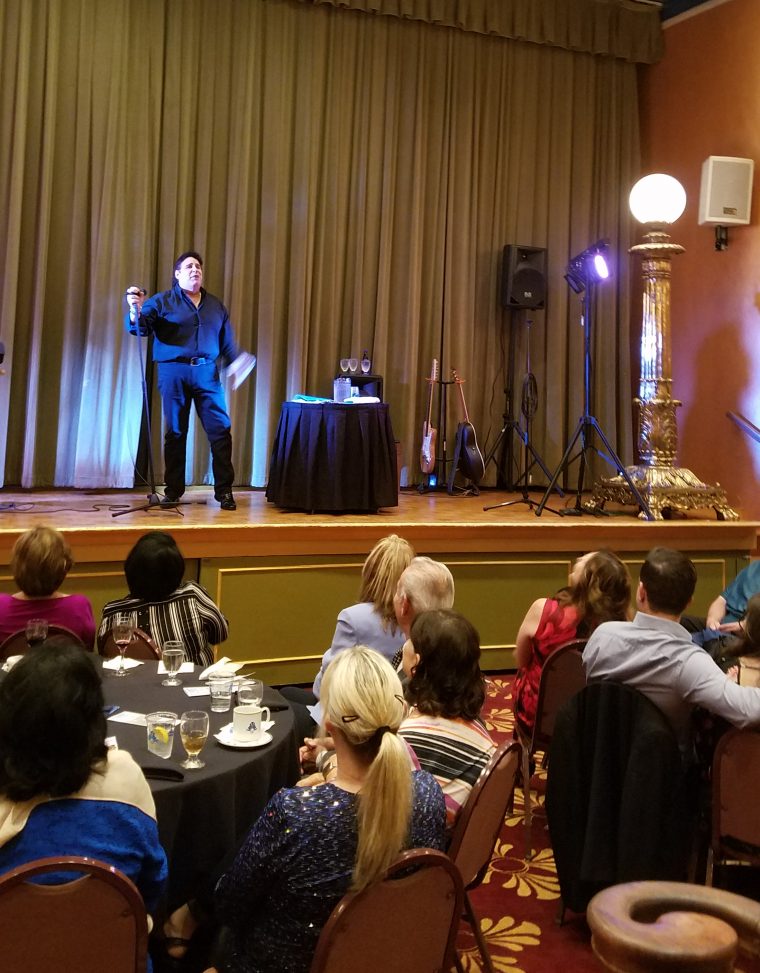 TAMPA, FL – The Greek Children’s fund of Florida presented Basile Comedy Night on March 3 at the Safety Harbor Resort and Spa in Florida. The event benefited pediatric patients of the John’s Hopkins All Children’s Hospital and throughout Tampa Bay.

The famous comedian Basile entertained the audience with his unique sense of humor and the crowd enjoyed his jokes about Greece and Greek culture.

The Greek Children’s Fund Florida Inc is a non-profit organization that supports the non-medical needs of the pediatric patients served by John Hopkins All Children’s Hospital in St. Petersburg, Florida. It has a restricted fund within the hospital for children and their families who are in need of assistance for rent, transportation, travel expenses, food and prescriptions.

The Greek Children’s Fund Florida, Inc has purchased wheelchairs and supports the children’s’ medical needs while in the hospital and after their release from the hospital.

The idea to form a foundation to serve the pediatric non-medical needs of patients began in New York under the guidance of Mr. Stanley Matthews in 1983 at Memorial Sloan-Kettering Cancer Center. His efforts yielded a tremendous success, ultimately helping more than seven thousand families.

The Greek Children’s Fund Florida, Inc was formally established in 2011. Its ambition is to broaden its reach to the pediatric patients at the Johns Hopkins All Children Hospital. The fund dollars are used for but not limited to the Child Life Program that creates events for the kids while in the hospital on celebratory holidays such as Easter, Christmas, birthdays etc.

Another program that the fund has supported is P.A.L.S-Pragmatic Acquisition of Language Skills, a therapeutic social skills group led by the hospital’s Speech Language specialists. Children with autism, ADD, ADHS or other non-verbal learning disorders benefit.

Through special fundraising events and individual philanthropy, the Greek Children’s Fund of Florida has raised more than 200,000 dollars under the auspices of John Hopkins All Children’s Hospital to benefit the kids and their families.