Documentary Premiere Screening in Tarpon Springs, Dancing as One 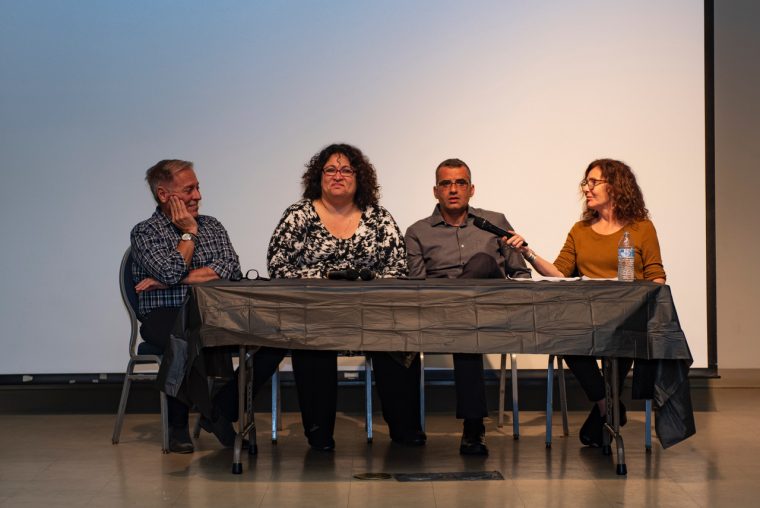 TARPON SPRINGS, FL –The premiere screening of the documentary Dancing as One, which reveals the vibrant traditional culture of the Greek community of Tarpon Springs took place on March 14 at Spanos-Pappas Community Center, Theofilos Hall. The event was a great success with over 450 people in attendance.

In Tarpon Springs, dancing is in peoples’ blood. Dancing is a part of peoples’ DNA. Everybody is dancing as one, as a whole community. People in Tarpon Springs are very adapted to Greek music, Greek dances, and Greek night life. The most popular regional music is the “Nisiotika” songs from Greek islands.

Tarpon Springs’ Greek community is the biggest in the United States. As noted on its website, “Saint Nicholas Cathedral is best defined by its vibrant, welcoming, and serving community. Its sprawling Community Center, family and youth-centered programming and committed service to the poor are a small fraction of this community’s enormous heart. Since 1907, Saint Nicholas has been a witness of the message of Christ to all persons through Divine Worship, preaching, teaching, and living the Orthodox Christian faith. Another defining part of Saint Nicholas is its Cathedral, completed in 1943. As you walk inside you are greeted by the miraculous weeping Icon of Saint Nicholas, over 60 stained glass windows, four large chandeliers from Czechoslovakia, and a 60-ton altar of Greek marble. Join us for an unforgettable and life changing experience.”

A panel discussion followed the screening, with Kostas Lekkas, Beeba Christopoulos-Lekkas, and producer Tina Bucuvalas joined by respected choir director/dance instructor John Lulias. The documentary and the premiere panel discussion were supported by grants to the city of Tarpon Springs from the National Endowment for the Arts and the Florida Humanities Council.

“The documentary shows the uniqueness of the city, it talks about the religion, the culture, the education. Tarpon Springs is very unique in this way. Tarpon Springs is the place you can find Greece in the U.S. We all know each other in Tarpon Springs, we are a strong community and the church is the umbrella organization. The city grew and it still maintains the roots and the care for each other, when we need to we all come down to each other and we are next to each other,” Kostas Lekkas said.

“Tarpon Springs is an amazing place and in this film you see many aspects of it. Dance is very important for the Greek culture. You can see how this community comes together, how the kids were raised with the Greek culture. Many of these kids have never been to Greece. Another thing that makes the documentary unique is our community, our faith, and our culture will remain strong as long as we remember to dance together as one! It’s not just a production. It’s to try to create a visually excellent work with elegance,” producer Tina Bucuvalas said.