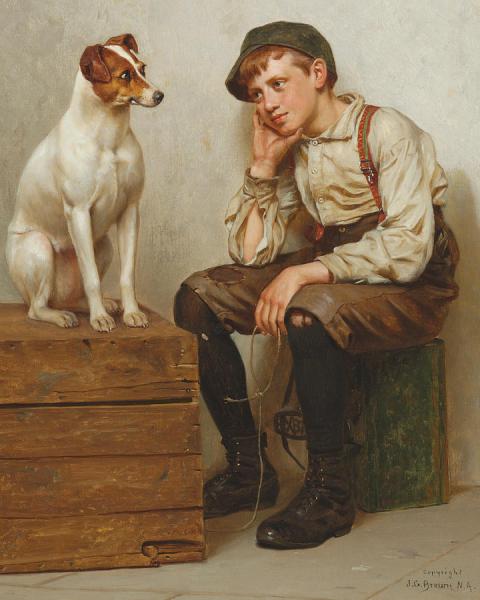 His parents apprenticed him to the career of the glass worker but Brown managed to study at Newcastle on Tyne in the Edinburgh Academy.

After moving to New York City in 1853 he studied with Thomas Seir Cummings at the National Academy of Design.

Brown was one of the charter members of the Water-Color Society and became famous for his depictions of street urchins found on the streets of New York. His paintings are executed with precise detail, but poor in color, and more popular with the general public than with connoisseurs.