Dr. Papasotiriou of Panteion Lectures in Tampa on European Integration 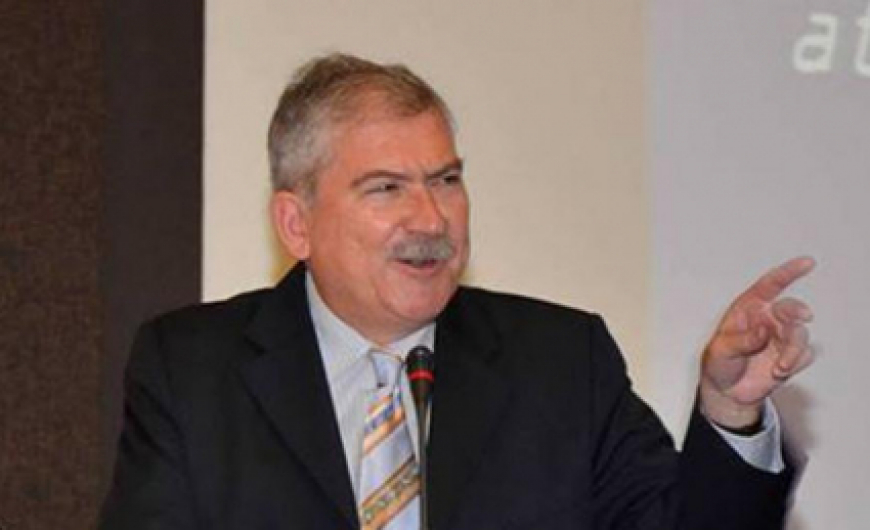 TAMPA, FL – Panteion University Professor of International Relations Dr. Harry Papasotiriou presented a lecture at the University of South Florida in Tampa on October 22. Titled An Ever Closer Union? Internal and External Challenges to European Integration, Papasotiriou’s talk highlighted Russia, China, and the United States and how their foreign policies impact the European Union project, as well as the internal challenges of immigration, populism, economic adjustment, and Brexit.

“Russia has interfered in the domestic politics of European Union member states and fuels nationalistic rivalries in the rest of Europe in order to stop further progress of European integration and perhaps causing European disintegration,” he said.

Papasotiriou then addressed internal EU issues and concerns. “The European parliament must become much more democratic; this requires more powers. In the last fifteen years the European parliament has acquired the power to overthrow European Commission, which it finds dysfunctional and corrupt. This is a very important step towards democracy because the Parliament is directly elected by the people. The only way to address democracy deficit,” and to make the European Parliament “more significant and more influential is to develop European identity. If you feel merely Greek, French or Italian, the European identity is very superficial; you won’t care much about European politics. In previous European elections for the European Parliament people voted according to strictly national considerations. This year for the first time, people did not vote with national criteria, but voted whether they were in favor of Europe or against Europe. The clear example is Britain with the Brexit party and the liberal party. People cared about what was happening in Europe and not about domestic politics. It’s the first time that people realized that they have to decide and vote accordingly, without letting the bureaucrats decide.” Papasotiriou also noted that “the American commitment in Europe is not as strong as it used to be. For some reason the United States is moving into isolationism, and if it refrains from global commitments, then what will happen with Europe? If this happens, then European Union has to be more autonomous. This is the main challenge,” he said.

During the lecture, Dr. Papasotiriou also analyzed the process of European integration and assessed its implications for U.S. policy. He stated that changes in the European Union will be evolutionary, with the economic and financial dimension moving more quickly and the foreign policy and defense dimension moving more slowly. It also concludes that U.S. influence over European policy will diminish as Europeans become more preoccupied with developing intra-EU consensus, that conflicts in the economic realm will continue and could worsen if the United States and the European Union move away from an open trading and financial system to a bloc economic approach, and that NATO will play a diminished role in transatlantic policy consultation and coordination, but will remain an important element of the European security structure.”

He urged that “The United States adopt a policy of supporting the general thrust of the integrative process, develop more extensive bilateral working relationships with EU institutions on both economic and security policy, and support NATO reform to enhance the complementarity of the EU and NATO.”