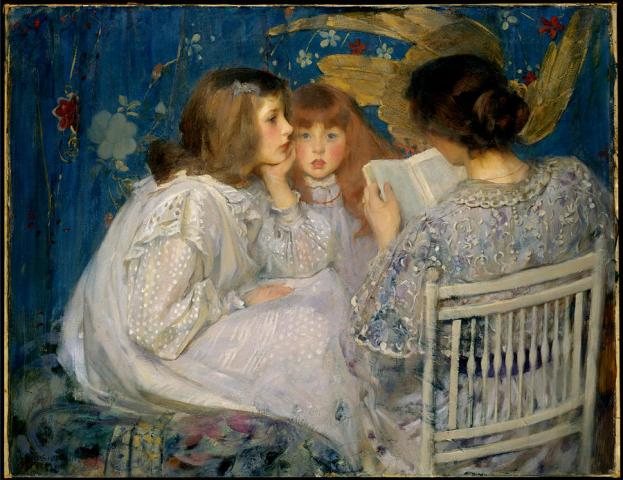 Sir James Jebusa Shannon (1862 – 1923) was an Anglo-American artist. He was one of the leading portrait painters in London and one of the first members of the New English Art Club, a founder member of the Royal Society of Portrait Painters and an associate of the Royal Academy.

“Jungle Tales” portrays the artist’s wife reading to their daughter, Kitty, shown in profile, and another child. The painting’s title and date and its London origin suggest that the little group is captivated by Rudyard Kipling’s Jungle Book, which had appeared in 1894. The intensely realistic faces contrast with the decorative patterns of the dottedmuslin and lace costumes and the elaborate design on the brilliant blue backdrop.

Source The Metropolitan Museum of Art