View of the sea from Moens 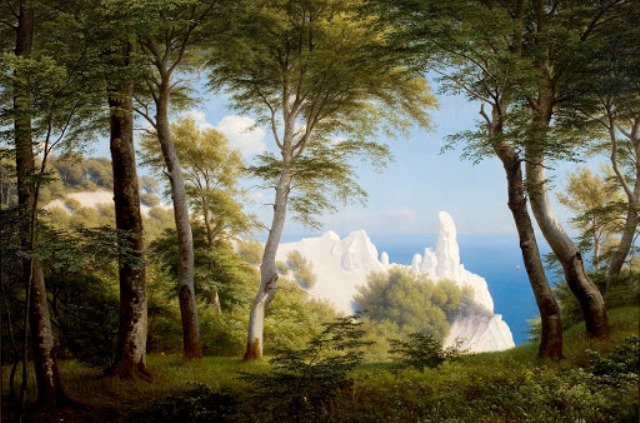 Peter Christian Skovgaard, known as P. C. Skovgaard (1817-1875), is one of the master landscape painters from what is called the Golden Age of Danish painting (1800-1850). He represents a generation of painters who depicted a nationalist and romantic version of the Danish landscape.

P.C. Skovgaard was married to Georgia Schouw (1828-1868). Together they had three children, who would all become artists. Their sons Joakim (1856-1933) and Niels (1858-1938) produced landscape paintings like their father, but they were also at the forefront of the breakthrough to symbolism and a new interpretation of motifs from the Bible as well as Nordic mythology. Their younger sister Susette (1863-1937) was also a painter and ceramicist.

The Skovgaard Museum is the only art museum in Denmark, which is dedicated to the artistic heritage of one family – the Skovgaard family.