Words and Music of Two Hemispheres 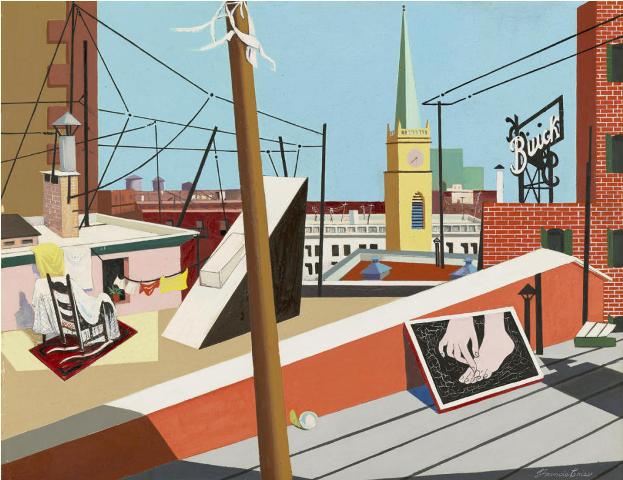 He studied at the Pennsylvania Academy of the Fine Arts and the Barnes Foundation.

By 1932, he had his first solo show at the Contemporary Arts Gallery (New York), and was chosen to participate in the First Biennial Exhibition at the Whitney Museum of American Art. As exemplified in this painting, Criss favored the vivid hues and flat, two-dimensional planes of Cubism to depict New York City, especially its buildings, elevated subways, and billboards.

His style is associated with the American Precisionists.