Girl at the Piano 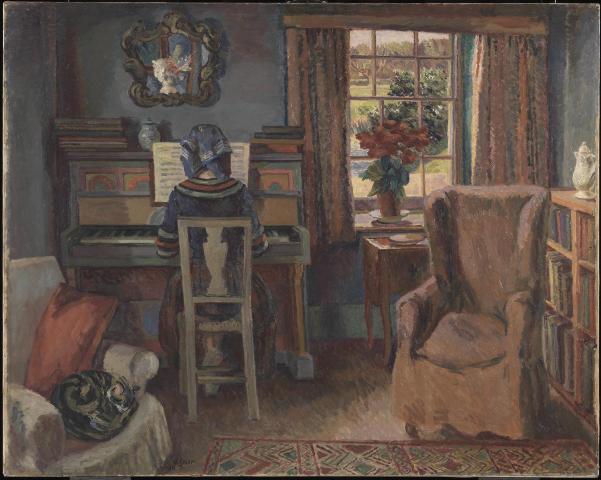 Duncan James Corrowr Grant (1885 – 1978) was a British painter and designer of textiles, pottery, theatre sets and costumes. He was a member of the Bloomsbury Group.

He was the son of Major Bartle Grant and his childhood was spent in India and Burma.

Although his family intended him to have an army career, he took up painting at the encouragement of the French painter Simon Bussy, entering the Westminster School of Art, London, in 1902.

He studied in Italy and Paris and he is known for his painting style, which developed in the wake of French post – impressionist exhibitions mounted in London in 1910.