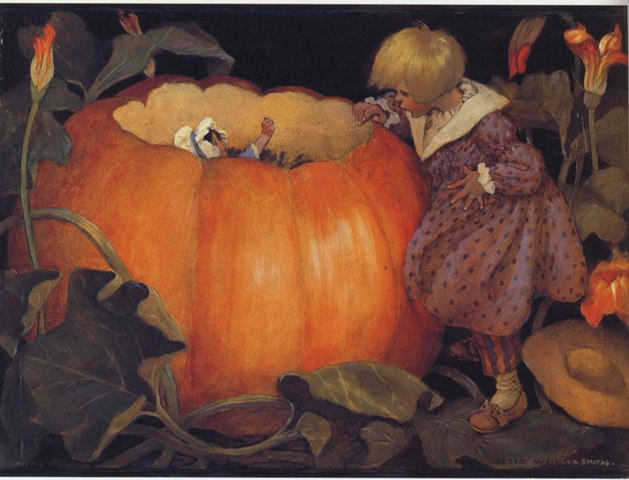 Jessie Willcox Smith (1863 – 1935) was an American illustrator during the Golden Age of American illustration, a time when magazines were richly illustrated and widely published as a main source of information and entertainment.

She was born and raised in Philadelphia. Smith joined her cousin in Cincinnati to attend high school and went on to briefly hold a job as a kindergarten teacher but quickly learned that childcare was not an appealing career path for her. Having tried her hand at sketching to successful results, despite a lack of prior training, she opted to pursue an education in the arts.

Smith returned to her native Philadelphia and enrolled at the Philadelphia School of Design for Women, but unsatisfied with their instruction which she felt was not rigorous enough, she switched to the more intensive Philadelphia Academy of the Fine Arts. There she studied with such notable teachers as Thomas Anschutz and Thomas Eakins. She additionally joined Howard Pyle’s class at the Drexel Institute, alongside Elizabeth Shippen Green and Violet Oakley, the two women who would become her dearest friends and collaborators. Having noted a similarity in their styles, Howard Pyle set up Smith and Oakley to collaborate on the 1897 illustration of Henry Wadsworth Longfellow’s Evangeline. Smith was the eldest and most even-keeled of the trio, who shared a studio space in downtown Philadelphia before moving to the old Red Rose Inn Estate in Villanova, where they lived and worked for many years. This unusually close group of successful female illustrators came to be known as the Red Rose Girls.

Smith maintained a close relationship with Henrietta Cozens, the fourth inhabitant of the Red Rose Inn, who had joined the illustrators after a broken engagement. Cozens came aboard as a house and groundskeeper of sorts­­, and stayed with the group as a caretaker through their relocation from the Red Rose Inn to a nearby Pennsylvania estate called Cogslea, named after each of their last initials. The four women lived together from 1897 to 1911. Though it remains unclear as to whether Smith and Cozens were simply dear friends or perhaps romantic partners, the two women resided together from their days at the Red Rose Inn until their deaths. Oakley, Green and Smith would eventually drift apart due to Green’s marriage and moving away.

As an illustrator, Jessie Willcox Smith received great respect and achieved financial success. Along with her companions, she was a member of the prestigious Philadelphia Plastic Club, an organization of women artists that held significant lectures and exhibitions. The three were featured together in a 1902 Plastic Club exhibition that was exclusively dedicated to their art. After some work with the advertising department at the Ladies Home Journal, her illustrations graced the covers and pages of such publications as Harper’s, Scribner’s, Collier’s, Womens’ Home Companion, Century, and McClure’s. Her eventual tenure as cover illustrator for Good Housekeeping lasted 15 years, featuring her idyllic imagery of childhood on nearly 200 covers for the publication, which reached  millions of households across America. Despite Smith’s disinterest in teaching and the distaste she indicated for interacting with children including her grandnieces that she used as models, many of her most beloved works feature idealized imagery of childhood and motherhood. Smith’s imagery is often compared to that of Mary Cassatt for her tender depictions of the parent-child relationship. Smith’s robust career included the illustration of nearly 40 books including such favorites as Little Women and The Water Babies. Smith’s career lasted until 1933, when her eyesight began to fail. Smith died at Cogshill, a house adjacent to Cogslea where she lived with Henrietta Cozens, in 1935. Cozens inherited Smith’s estate and lived five more years at Cogshill. 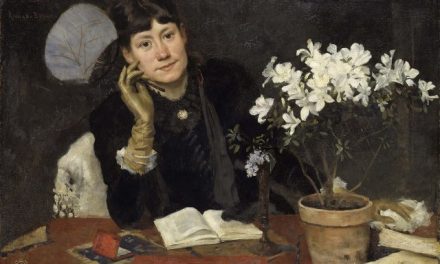 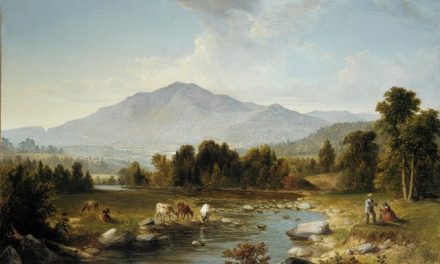 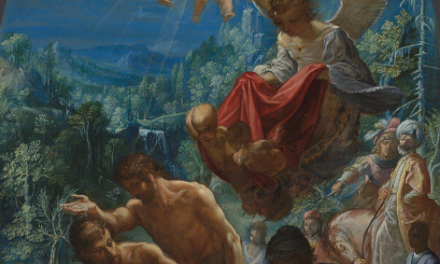 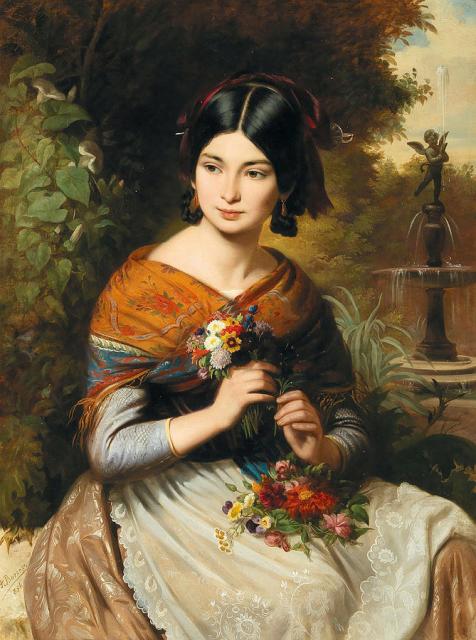 A girl with flowers